In October of 2018, the district celebrated their readiness and re-commitment of leadership following personnel and leadership changes. They used their District Capacity Assessment data to celebrate their attention to training teachers and the School Implementation Team’s use of a Decision Support Data System monthly, or Kentucky’s Plan-Do-Study-Act process (download related PowerPoint Presentation and Note Taking Template). Areas for future growth included Systems Intervention (reporting barriers to the team with the authority and resources to solve the barrier for Practice-Policy Improvement Cycles) and Fidelity (using fidelity data to improve practice). They set a goal and identified who would do what, by when, so they could monitor their progress and communicate their visible commitment and active involvement to strengthen critical implementation infrastructure variables (i.e., Implementation Drivers) by analyzing, communicating, and responding to data. 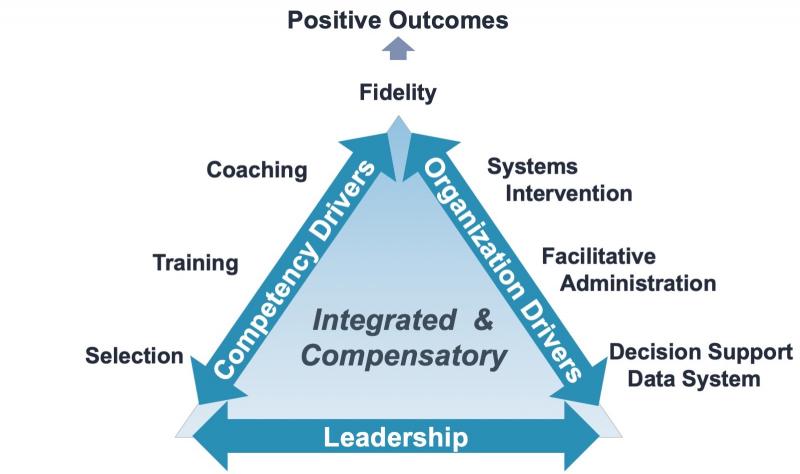 Office Discipline Referral (ODR) data were not available at the initiation of EBS in 1996, so a calculation of a non-EBS baseline was not possible. In general, the district’s ODR rates were maintained at substantially lower rates than what was reported for a sample of 1,010 elementary schools in the School Wide Information System (www.swis.org) database for the 2005–2006 academic year (0.37 per 100 students per day) (Sadler & Sugai, 2009).